The Wachtel family from Kraków

Today, another story, the starting point of which was a trace of a mezuzah found by Janka from Krakuska City Guide and secured by Aleksander from Mi Polin in a tenement house at 19 Sebastiana Street in Krakow. Let’s see who lived there once.

One of the families living in a Krakow tenement house at 19 Sebastiana Street was the
Wachtel family – Henryk, Helena and their daughter Maria.

Henryk and Helena, in fact, Chaim Wachtel and Chaja Baustein, got married on June 30, 1908, in Jarosław, where the groom held the position of a private clerk. It is not known how
they both ended up in a city several hundred kilometres away from their homeland, but they
spent several years there.

Henryk was born in Słotwina on August 11, 1881 as the son of Izak Wachtel and Rywka née Gleitsman, while Helena came from Podgórze, where she was born on April 1, 1885 as the daughter of the merchant Joshua Baustein and Malka Schudmak.

One and a half year after their wedding day, their first child, the daughter Maria, was born
in house number 161 on September 12, 1909. After the next 4 years and moving into the
new house at number 52, their son Osias was born on August 19, 1913. Osias changed his
name two times – first to Oskar, and finally to Aleksander.

In the meantime, Henryk worked as a clerk in Jarosław and Krosno. After 1914, the family
settled permanently in Krakow, and Henryk started a timber business – he began running a
construction and carpentry timber yard based at 22 Kamienna Street (I found a bill from
1935 at the Internet auction!) 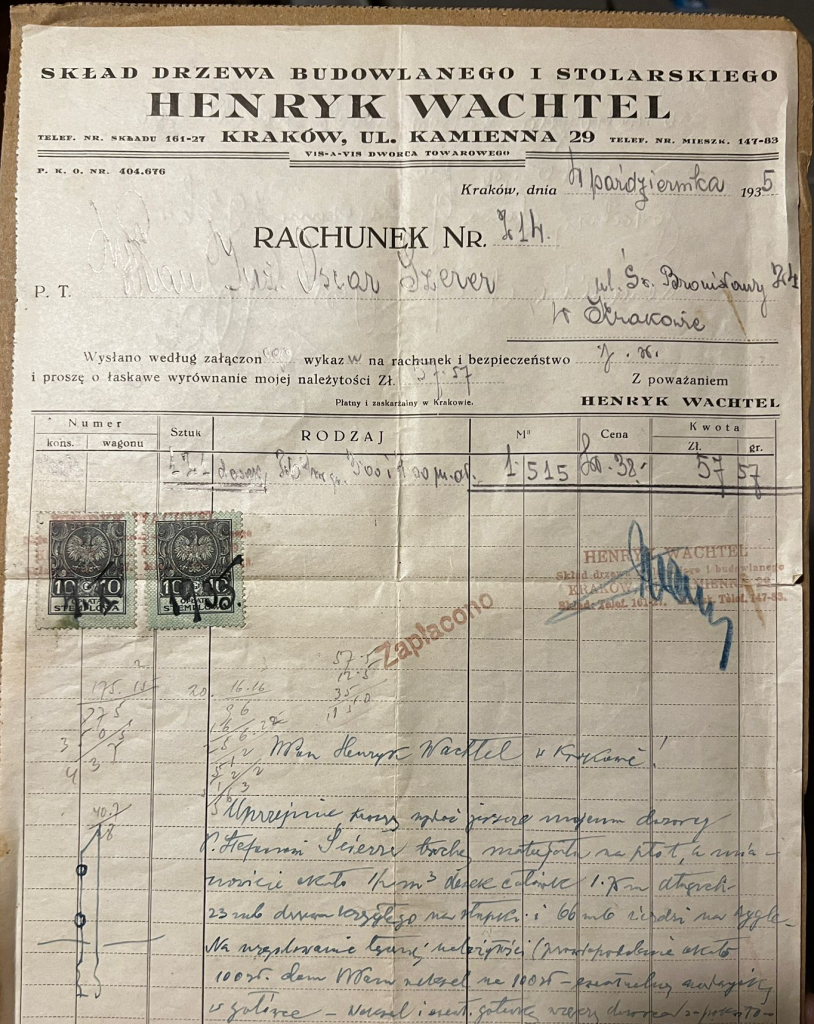 Henryk and Helena survived the war – the notes in the marriage certificate evidence this
according to which in the 1950s, they officially changed their names and surnames: from
Chaim to Henryk, from Chaja to Helena, from Wachtel to Wachniewicz. After the war, they
lived in Warsaw, where their son Aleksander started a new life. He buried his mother in 1964
in the Jewish cemetery on Okopowa Street. The fate of Maria, the daughter of Henryk and
Helena, Alexander’s sister, remains unknown. 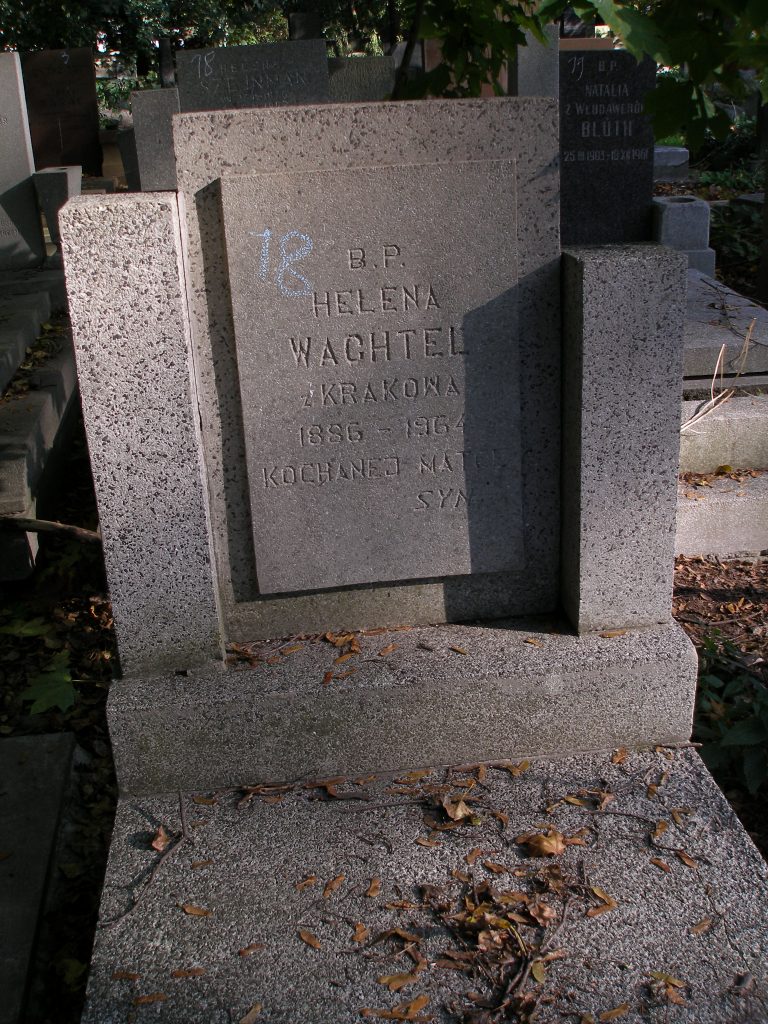 A grave of Helena Wachtel buried at Jewish cemetery in Warsaw on Okopowa Street/ source: Foundation for Documentation of Jewish Cemetries in Poland