Gustav Kohler – the manager of the train station in Alt Kemnitz

The cemetery gate in Stara Kamienica clearly indicates that it was functioning here before the Second World War. At first glance, it can be said that all graves are modern. If you walk the main alley to the very end, you will pass a tiny chapel and reach the left corner. There you will find a storage site of pre-war tombstones – most in parts, some completely unreadable and some in quite good condition. One of them belonged to Gustav Köhler, the railway station manager. 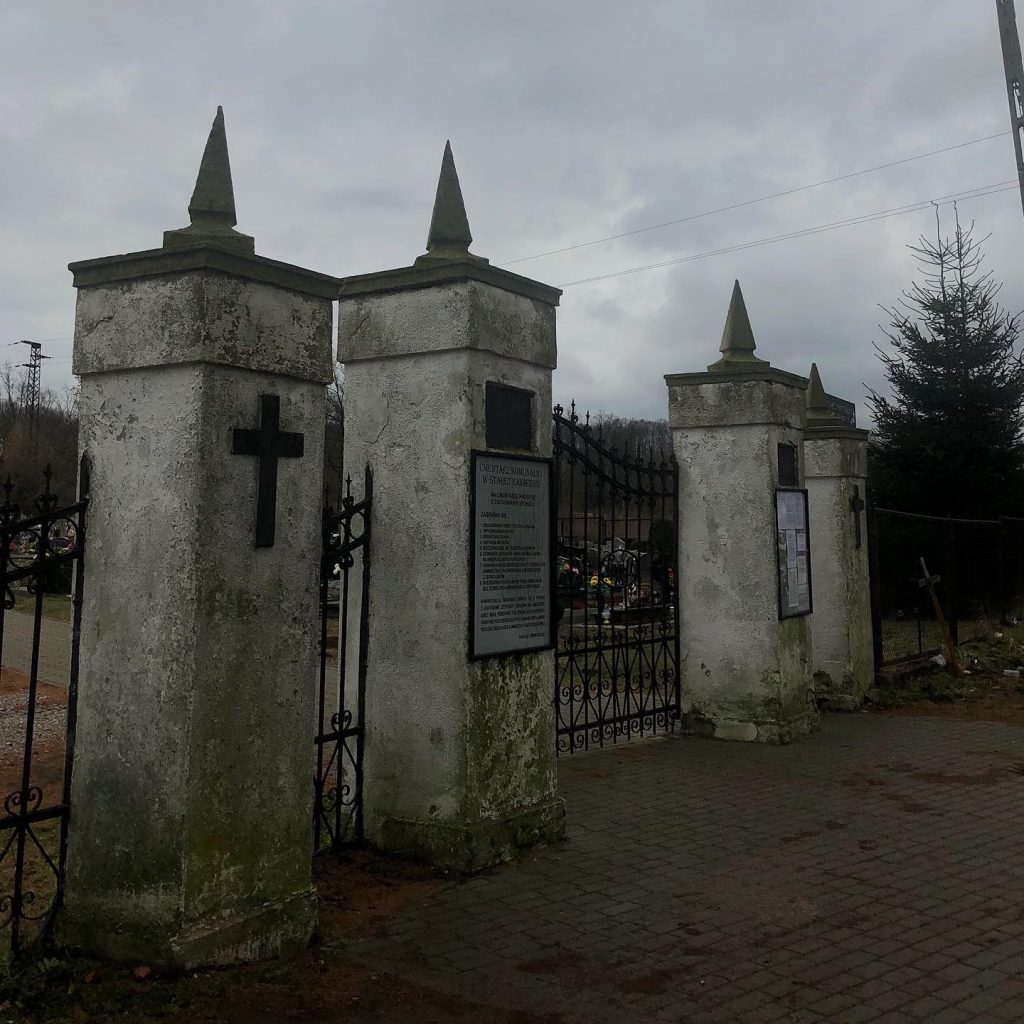 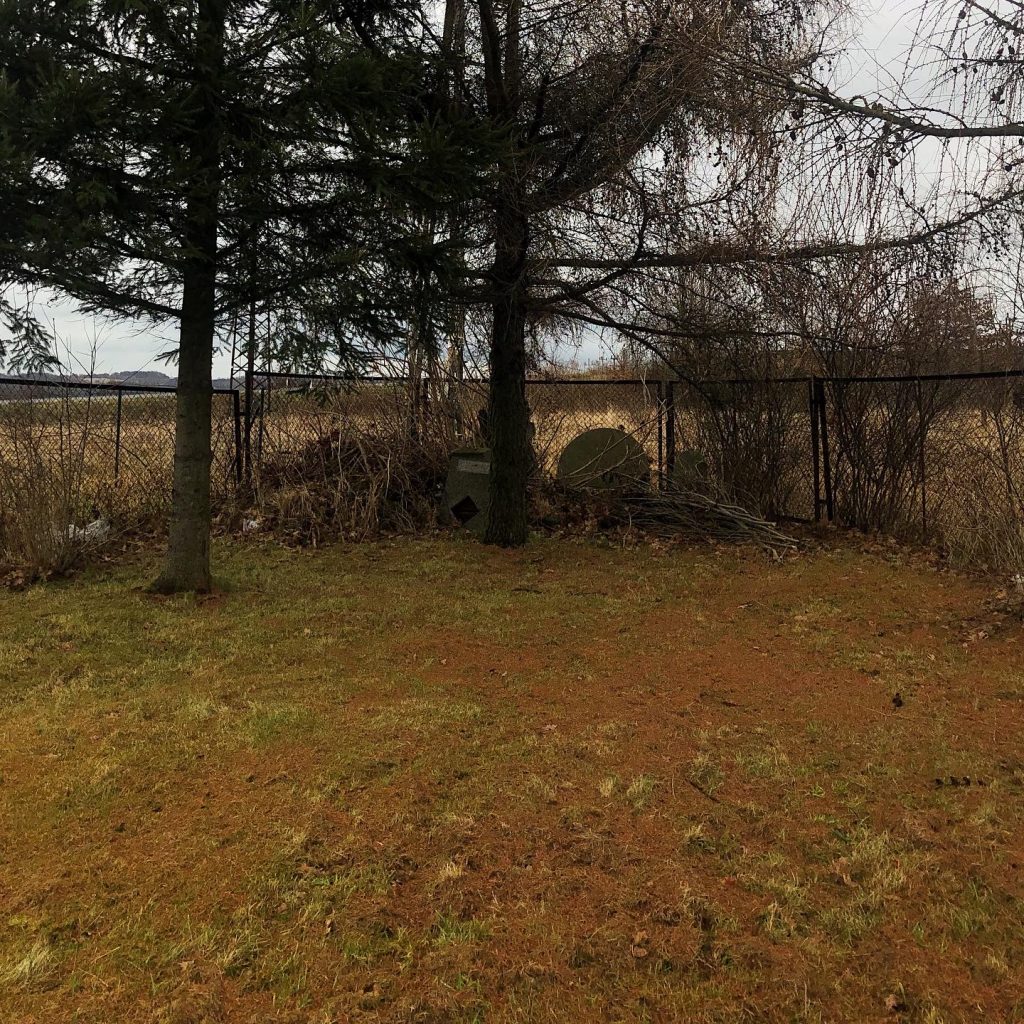 Gustav died in his home in Stara Kamienica (German: Alt Kemnitz) on February 22, 1904, at the age of 78. According to his son, the merchant Willy Köhler, it happened at 8:15 p.m. He was survived by his wife, Augusta Ernestine née Seibt and children. Gustav’s father and grandfather were not the residents of Stara Kamienica – he came to this area from Nowa Rola (German: Niewerle) located 140 km away, where he was born on June 17, 1825, as the son of Gustav Eduard Kohler and Johanna Christina née Zeimke. At least that’s the information provided to the civil registrar who recorded the death – according to the baptism certificate, Gustav was the illegitimate child of Johanna Christina Zeimke. Perhaps his parents got married after his birth, he was adopted by Gustav Sr., or perhaps he passed on such a story to his wife and children. 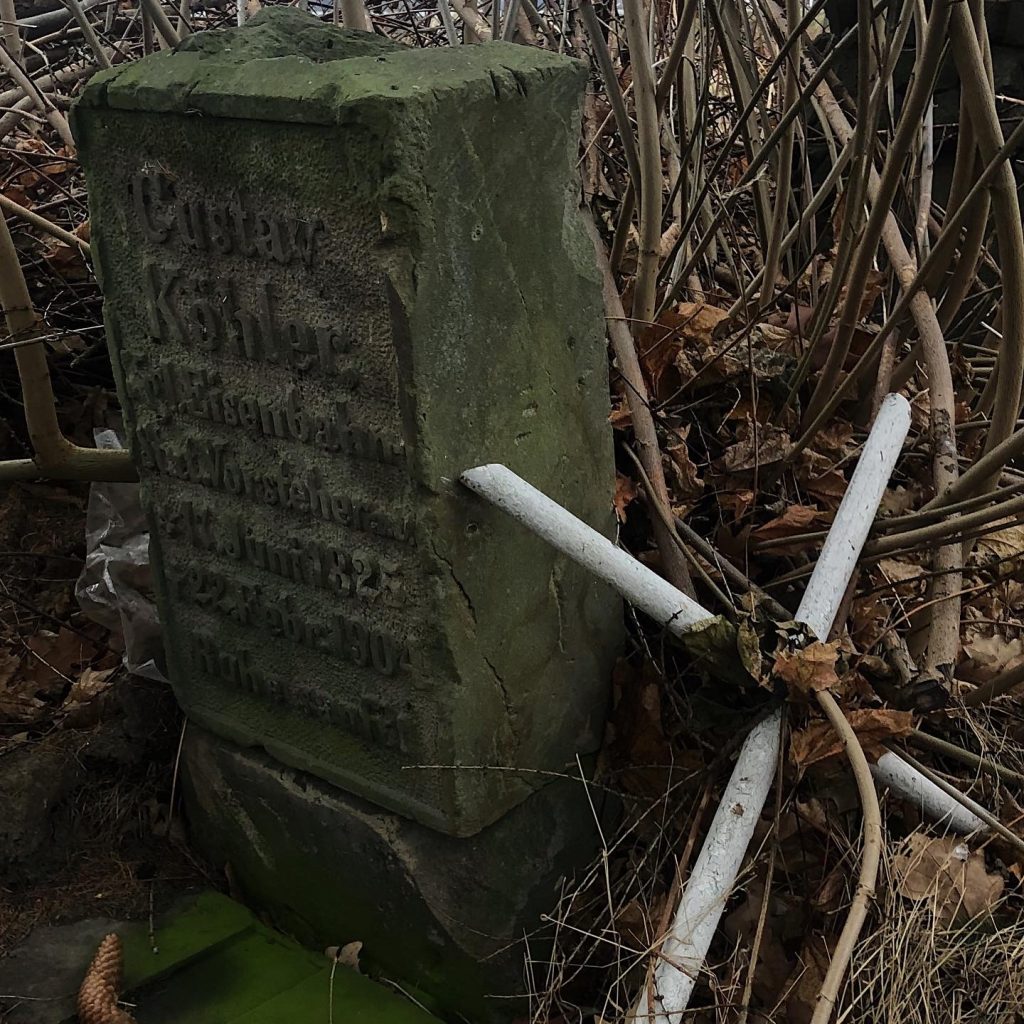 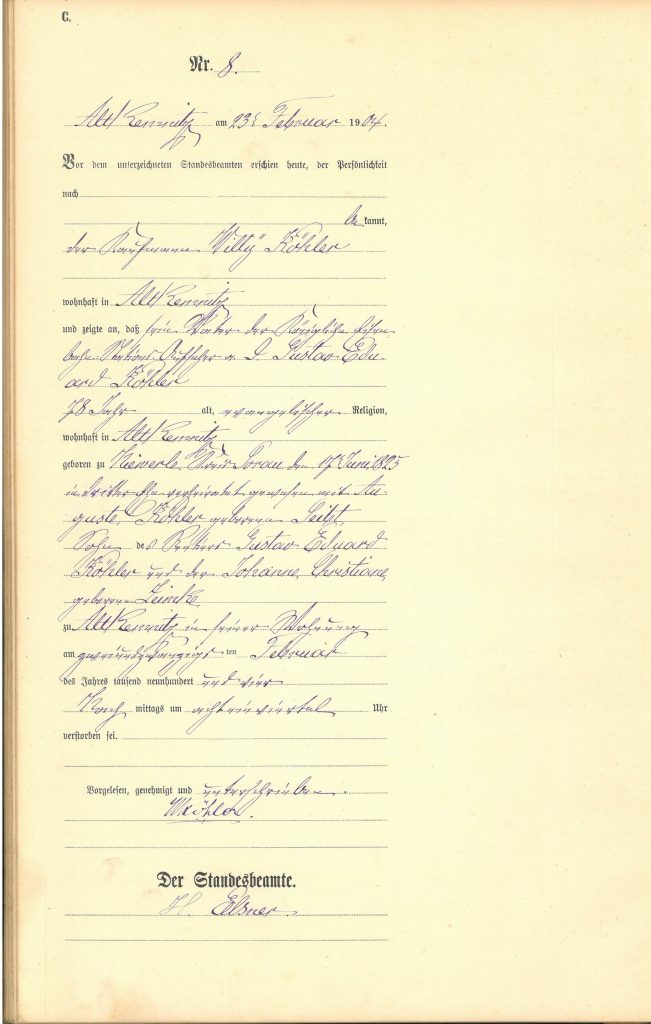 16 years after Gustav’s death, on March 26, 1920, at 11:00 a.m., his wife Augusta Ernestine also passed away at the age of 81. Her death was reported by her second son, Kurt Köhler. Augusta was born nearby, in Kopaniec (German: Seifershau), less than 6 km away. She was the daughter of Friedrich Seibt and Beate née Schroeter. 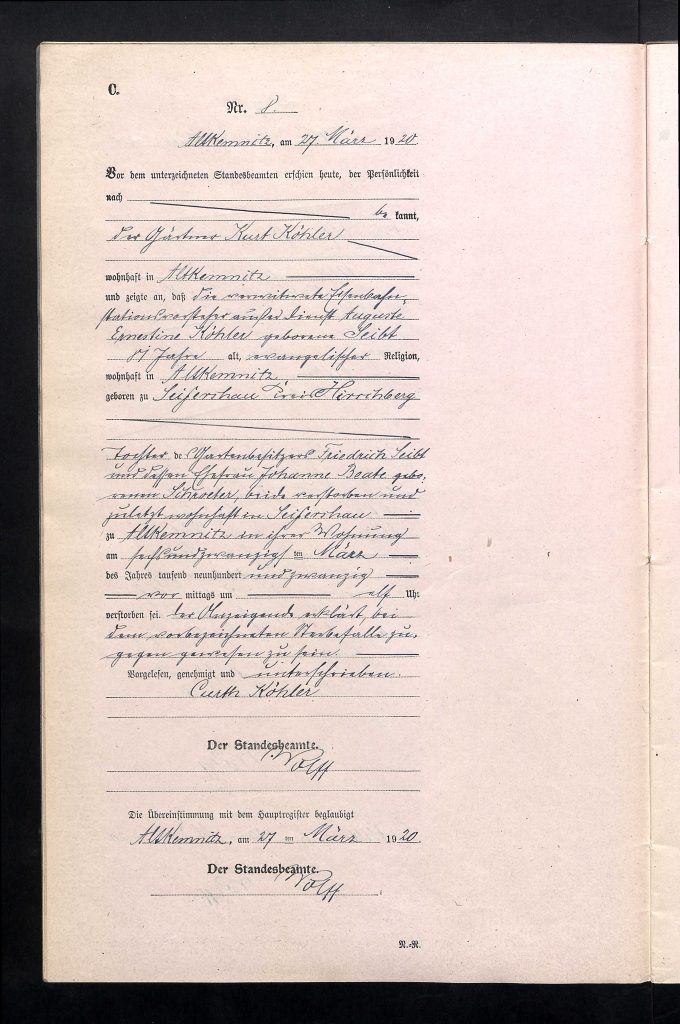 In accordance with the list of residents of Alt Kemnitz dated 1930, Kurt Köhler lived in the house at number 62 – comparing the maps, it seems that the numbering remained practically unchanged, and the Köhler house was located at today’s Kasztelańska Street – 95 m from the station.

The question is – what happened to the sons of Gustav and Augusta – Kurt and Willie?